Servicing the intelligence-related needs of GC HIDTA enforcement initiatives is the mission of the Investigative Support Network (ISN) Initiative.  The ISN is responsible for the collection, analysis and dissemination of intelligence which are integral components of the Gulf Coast (GC) HIDTA strategy.

The NCG’s function is to coordinate the various intelligence components and produce strategic intelligence products such as the annual Threat Assessment. The ISTs consist of agency, National Guard, and HIDTA-funded intelligence analysts who are embedded in GC HIDTA initiatives. IST analysts work in concert with their state and local counterparts to provide strategic and operational support. The members also provide case deconfliction, organizational analyses and assistance in trial preparations.

In CY 2015, one of our organizational priorities was to continue to improve information sharing. The ISN establishes the mechanisms, procedures, requirements, and common methodologies through which the various initiatives coordinate information sharing.  Annually, the strategic component of the NCG produces trend and pattern analysis bulletins, drug situation reports and officer safety alerts.

During CY 2015, efforts continued to establish and maintain direct information sharing capabilities with the Department of Homeland Security (DHS) funded State Fusion Centers. In Louisiana, a GC HIDTA analyst is assigned to the state center. As other states develop their respective intelligence capabilities, the ISN will commit resources to enhance information sharing.

In Alabama, Arkansas, Louisiana, Mississippi, and Shelby County, Tennessee, federal, state and local agencies combine intelligence resources to produce an annual GC HIDTA Threat Assessment. Their participation and cooperation have become an institutionalized part of this annual process.  The Florida panhandle counties of Escambia and Santa Rosa will be added to the GC HIDTA during 2016.  They will be incorporated in the GC HIDTA intelligence sub-system at that time.

SAFETNet is an acronym for Secure Automated Fast Event Tracking Network. The system was initially developed by Gulf Coast HIDTA management and intelligence staff along with key personnel from other HIDTAs and is currently overseen by a user group consisting of representatives from participating HIDTAs. Currently, 9 HIDTAs have completed deployment of the system in their respective areas of responsibility. The current geographic coverage of the SAFETNet system includes 27 states as well as Puerto Rico and the US Virgin Islands.

During CY 2015, the ISN continued the successful development and deployment of SAFETNet.  With a system re-write having been completed and tested, individual HIDTA’s continued full deployment of the enhanced program. An important feature of the new version allows all HIDTA SAFETNet instances to deconflict among each other. The updated edition ensures the systems future compatibility with current data technology development.    The connectivity between the Gulf Coast HIDTA SAFETNet system, the Washington-Baltimore HIDTA Case Explorer system, and the RISS Programs’ RISSafe, provides a national event deconfliction platform allowing shared map services, heightened information sharing as well as providing for greatly enhanced officer safety.  All instances of SAFETNet, with the exception of the NY/NJ HIDTA, have successfully migrated to the EPIC data broker hub.  Participating HIDTAs will realize a significant reduction in costs and network support.

The ISN, through the GC HIDTA director and intelligence coordinator, served as the focal point for the National SAFETNet Users Group. The members meet at least annually to oversee the future development of the HIDTA-owned and administered deconfliction application.

In CY 2015, the Watch Center received 7,281 requests for intelligence assistance from cross-designated officers performing narcotics and/or currency interdictions. These requests resulted in 91,682 queries of general, state and local indices performed by intelligence coordination specialists assigned to the center.

The Watch Center maintained its mission- critical role in the HIDTA Domestic Highway Enforcement (DHE) program. The center has been designated as the intelligence point of contact for DHE Region IX consisting of eleven states in the Southeast United States.  Accordingly, Watch Center staff is responsible for collecting, collating and forwarding DHE operational data gathered during coordinated surge dates for intelligence analysis.

A Customs Border Protection (CBP) agent is assigned to the Watch Center.  This important personnel resource adds an additional layer of support to the DHE program by providing assistance in linking

DHE seizures to specific sectors of the Southwest Border, thus creating a better picture of trafficking patterns and trends that impact the GC HIDTA’s area of responsibility and beyond.

A significant move to reorder the efforts of the Watch Center began during 2015. Executive staff from the GC HIDTA, Homeland Security Investigations (HSI), and Customs Border Protection (CBP) began discussions to revitalize the Watch Center.  By transitioning the focus from a call service center to an intelligence driven model, the Watch Center will better serve the Domestic Highway Enforcement (DHE) community.  Going forward the proposal will be led by a steering committee consisting of DHE, CBP and GC HIDTA staff along with DHE coordinators from each of the GC HIDTA participating states, state Fusion Center members and representatives from EPIC. 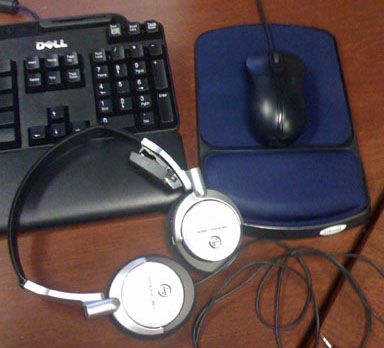 The Wire Intercept Center is a state-of-the-art system that digitizes analog wire intercepts and stores them to blue-ray disks. Video conferencing is available across the GC HIDTA Wide Area Network (WAN), which provides a cost effective and convenient method for prosecutor meetings such as minimization of monitors. In addition, it provides full Internet and pager intercept/clone capabilities, secure remote video capability using microwave and telephone lines, and monitor/translator services in numerous foreign languages. The Wire Intercept Center supported 30 HIDTA funded wire intercepts in 2015.

The Technical Support Officer (TSO) provided assistance to intelligence and operational components as well as technical support to the GC HIDTA Wire Intercept Center. The officer maintains an inventory of GC HIDTA-supplied equipment and evaluates and coordinates equipment requests. An inventory list is published on the GC HIDTA intra-web page allowing GC HIDTA task force members to share equipment regardless of their location across the five-state area.

During 2015 the GC HIDTA introduced a new inventory system. The system incorporates many new and innovative features that will more efficiently maintain HIDTA equipment.  Each Initiative supervisor or other designated personnel now have the ability to view and print their inventory on demand by simply accessing the HIDTA intraweb. HIDTA personnel also now have the ability to update the current location of a piece of equipment, upload pictures, and print reports for inventory certification purposes. This new system will enhance our ability to maintain an accurate and complete inventory throughout the year.